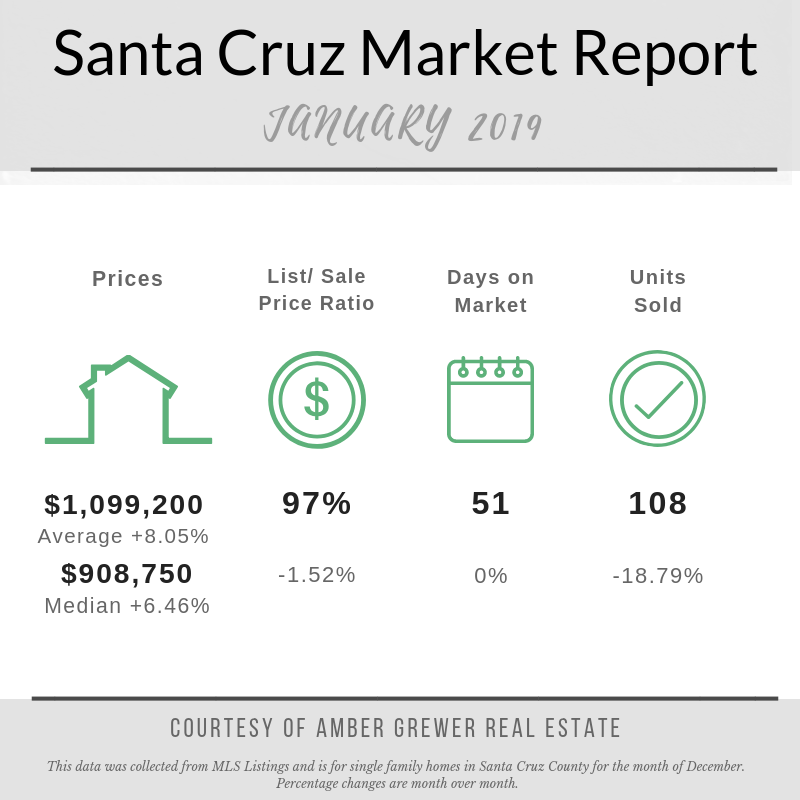 The real estate market in Santa Cruz County continues to soften. The sales price to list price ratio is at its lowest level since January 2012: 97.0%. The average sales price for single-family, re-sale homes set a new record high last month. It was up 17.6% year-over-year.
The median sales price went back over $900,000 after spending two months below that mark. It was up 10.2% year-over-year.
Sales of single-family, re-sale homes continued to decline. They were down 32.9%, year-over-year.
There were 108 homes sold. The average number of homes sold monthly since January 2003 is 160.
Inventory was up 37.1% compared to last December. The number of homes for sale as of the fifth of January was 240. The average is 691.
Inventory continues to be problematic. Although inventory has been higher than the year before for the past six months, it is still far below the norm. Since January 2003, Santa Cruz County has averaged 140 days of inventory. Last month it was 67.
The time it takes to sell a home, meaning from when homes are listed for sale until they go into contract, was flat at 51 days. The average since January 2003 is 64 days.
The median price for condos was down 1.8% year-over-year. The average price was up 4.9%. Condo sales were down 42.4%. There were 19 condos sold last month.
Condos have averaged 224 days of inventory since 2003. Last month it was 114. The number of condos for sale as of the fifth of January was 72. The average is 147.
Condos took sixty-four days to sell in December. The average is sixty-five days.
To read the full market report (specific city reports) or to sign up to receive the report automatically each month, visit:
http://rereport.com/scc/print/AmberGrewerSZC.pdf
For the complete annual report, which includes charts and graphs for each city in the county, click on the following link:
http://rereport.com/scc/print/AmberGrewerSZCannual.pdf 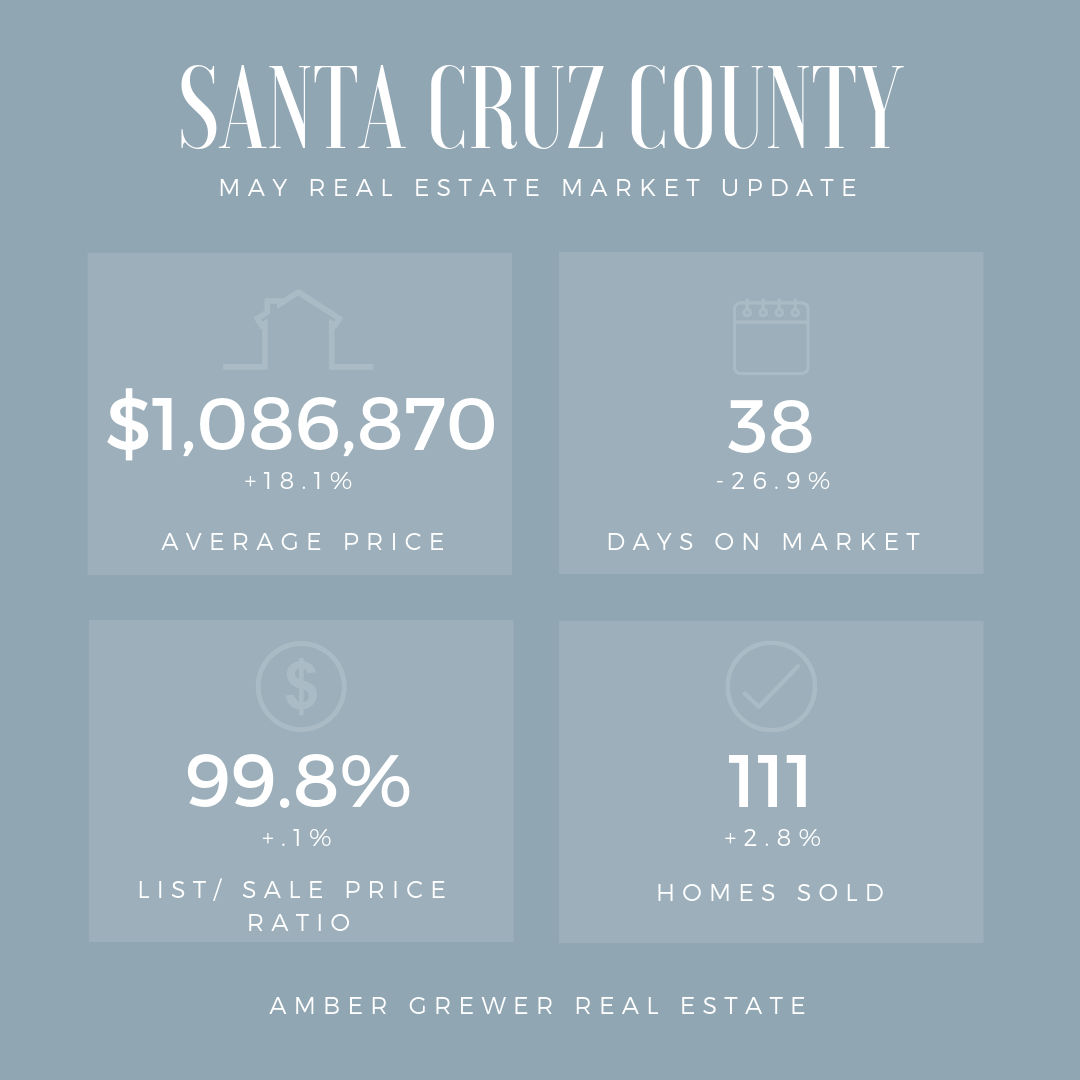 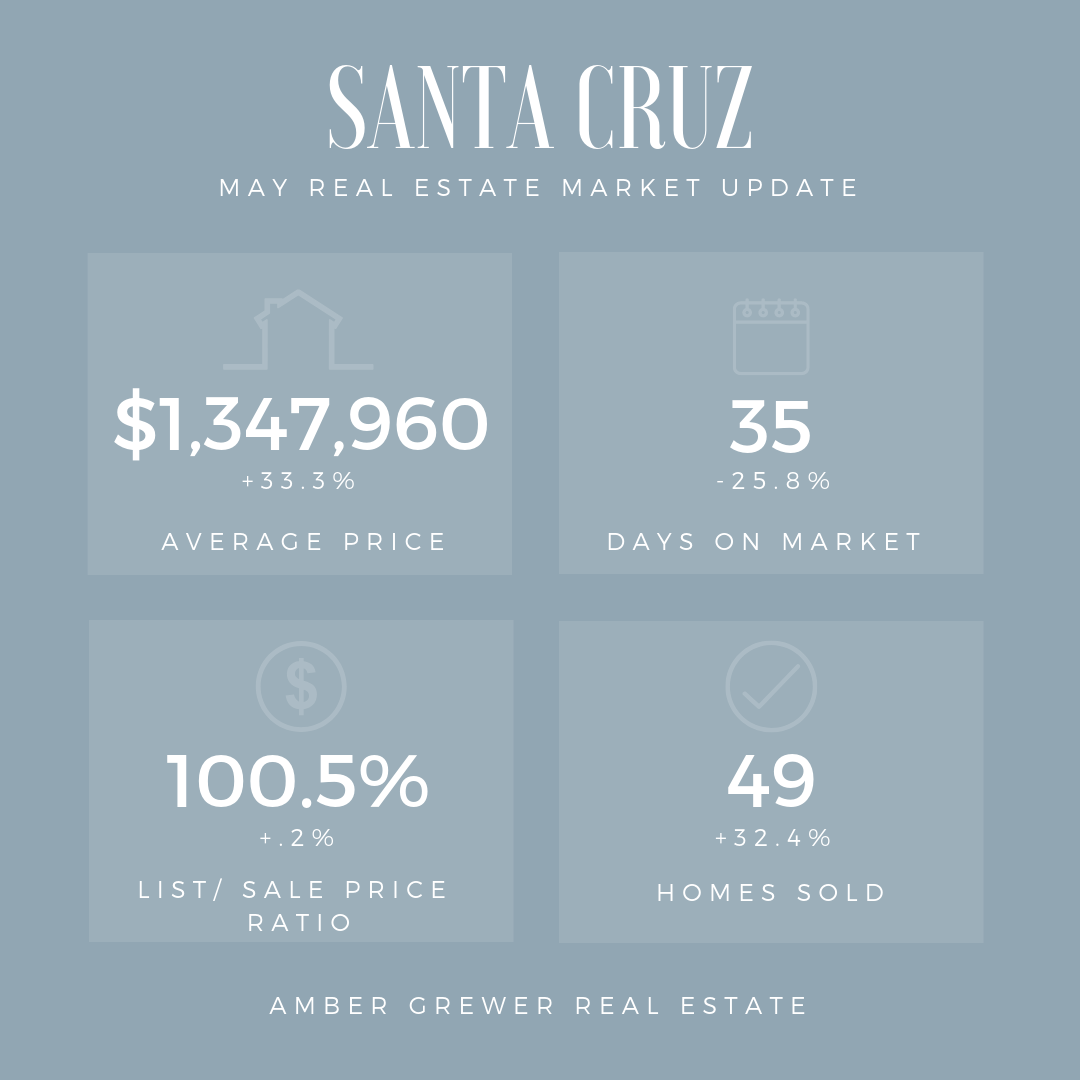 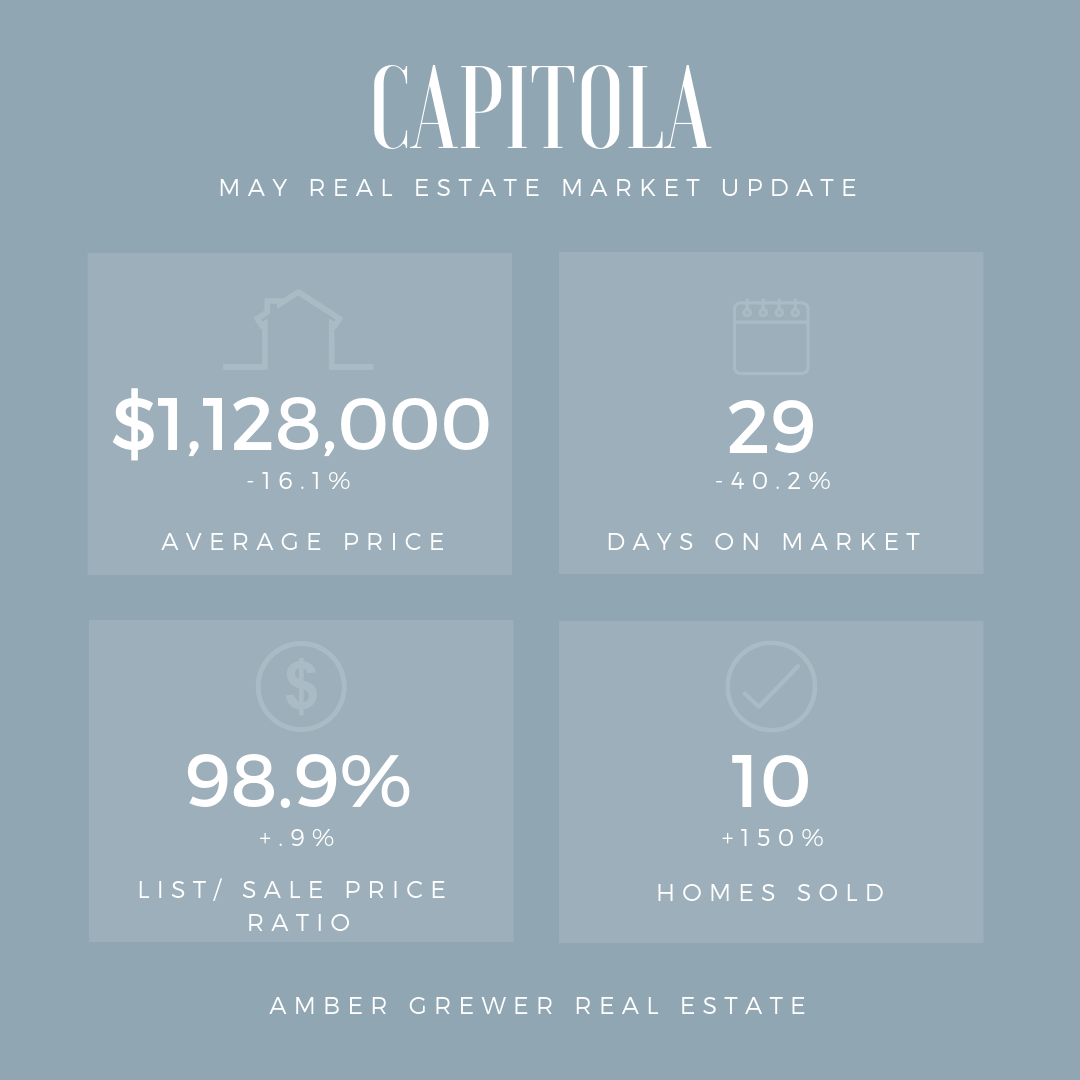 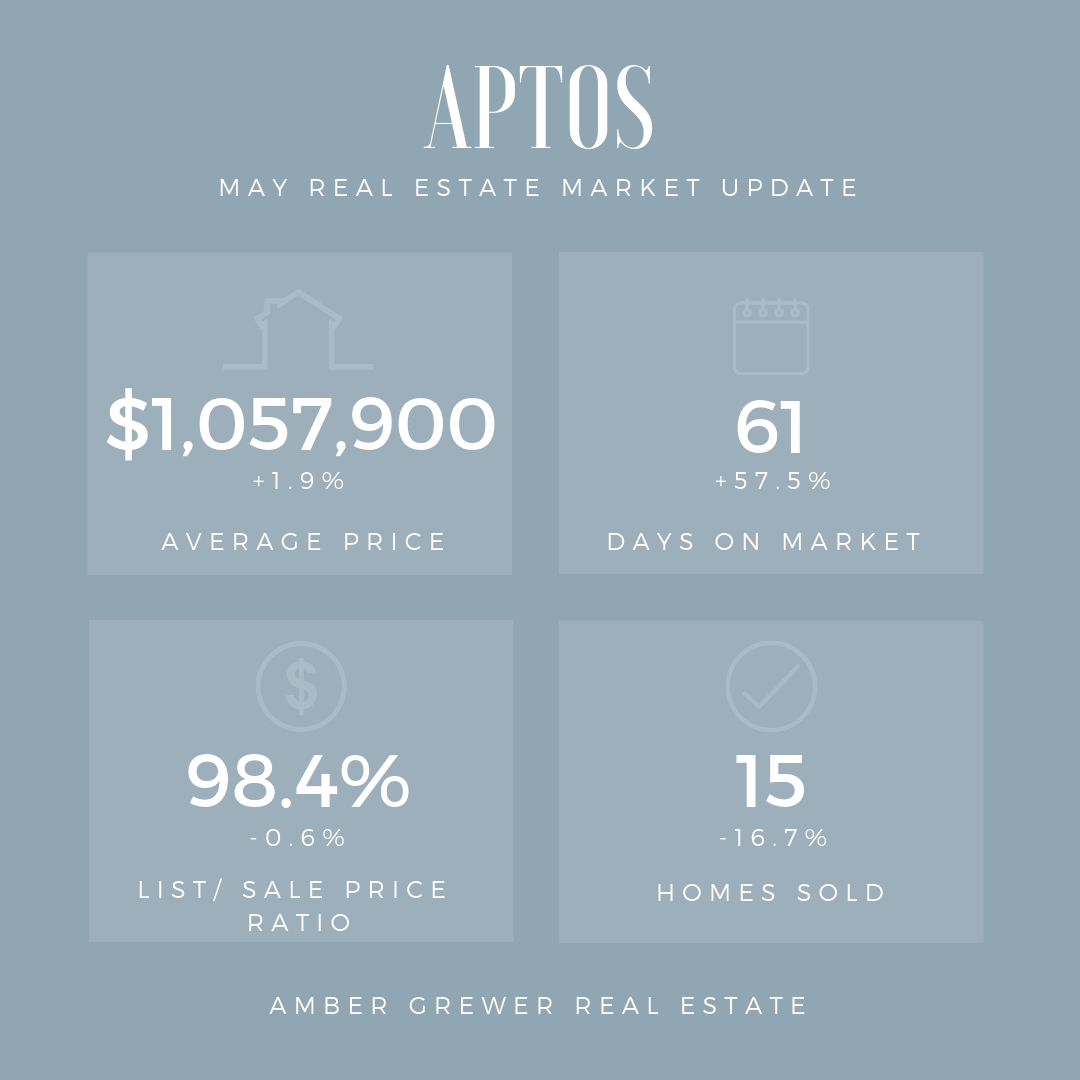 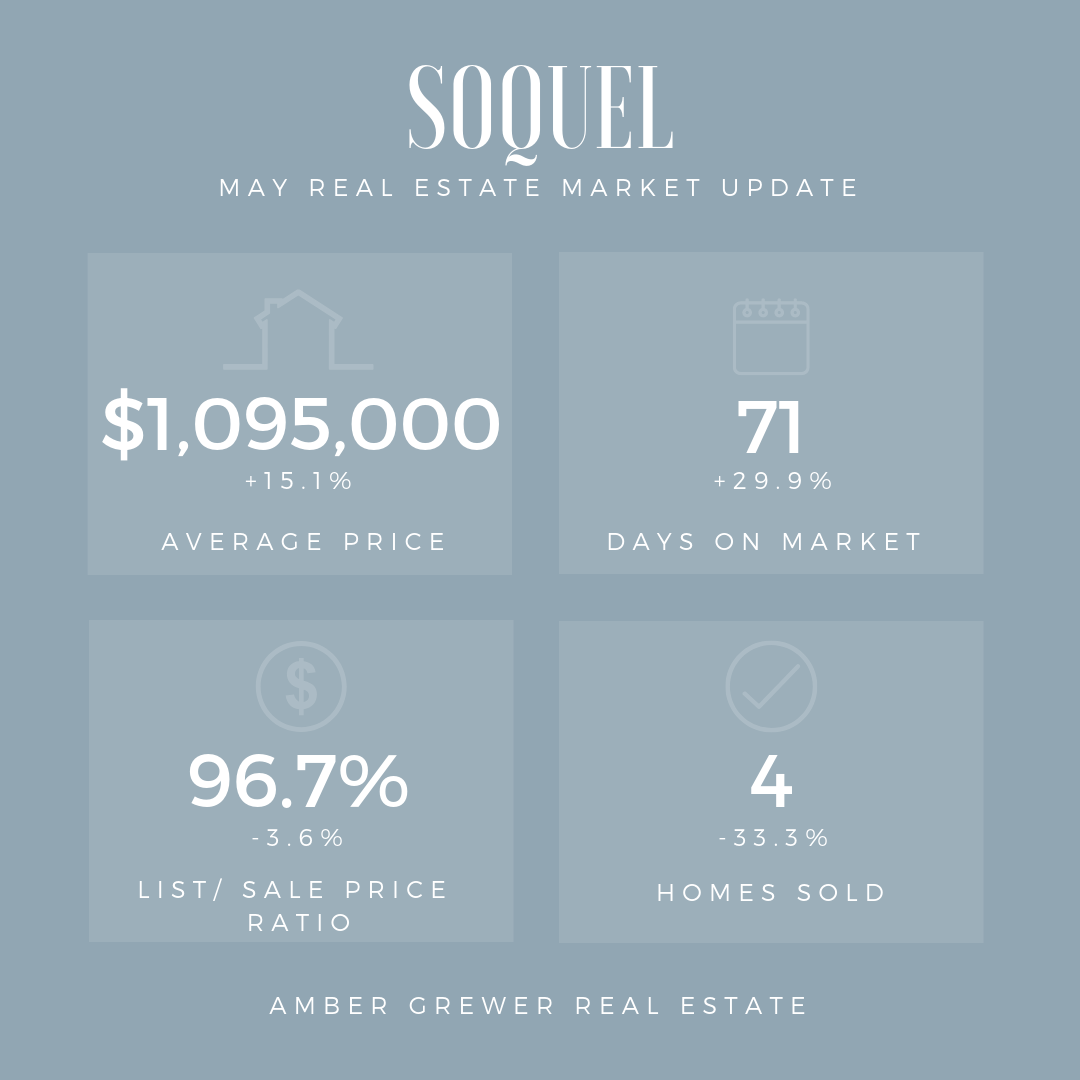 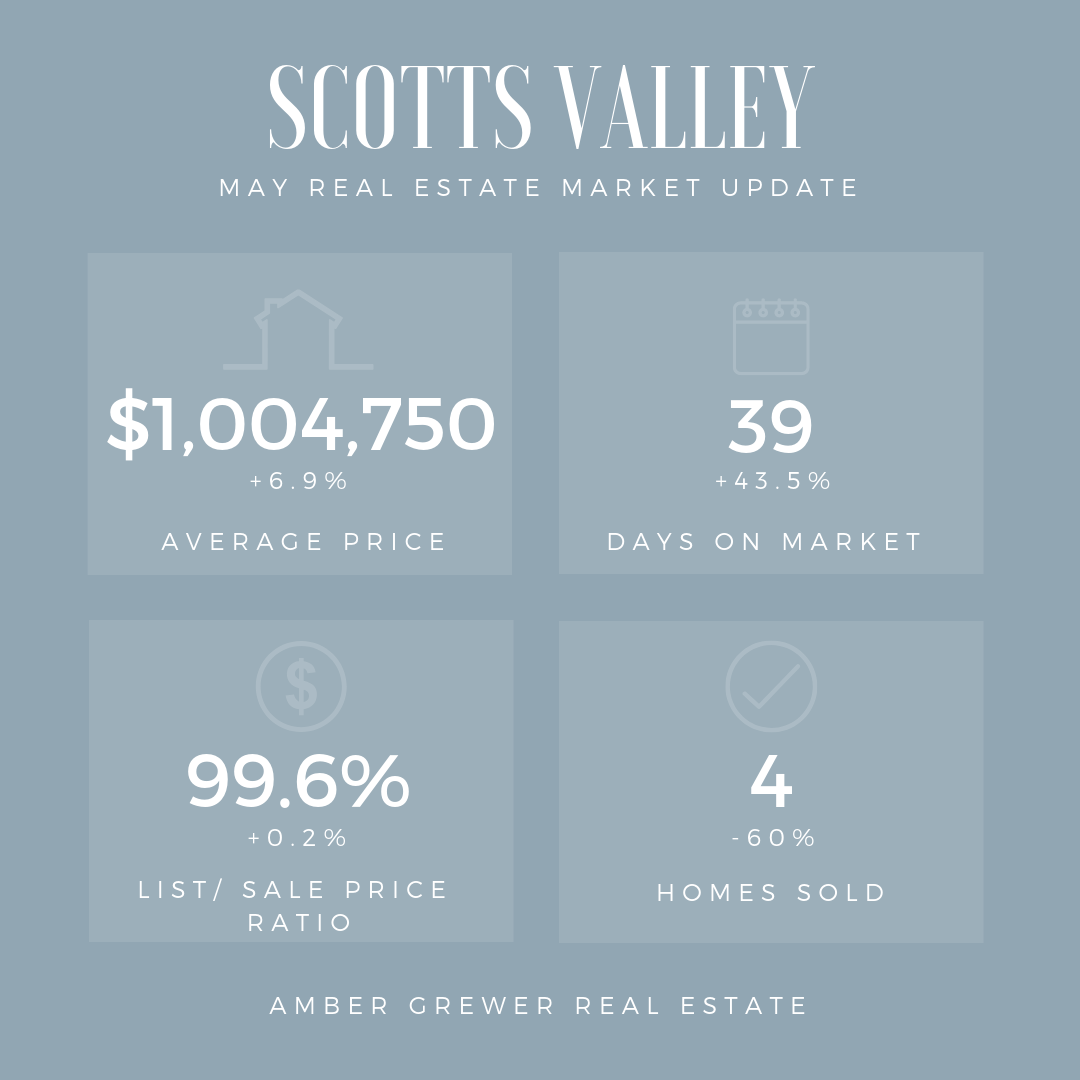 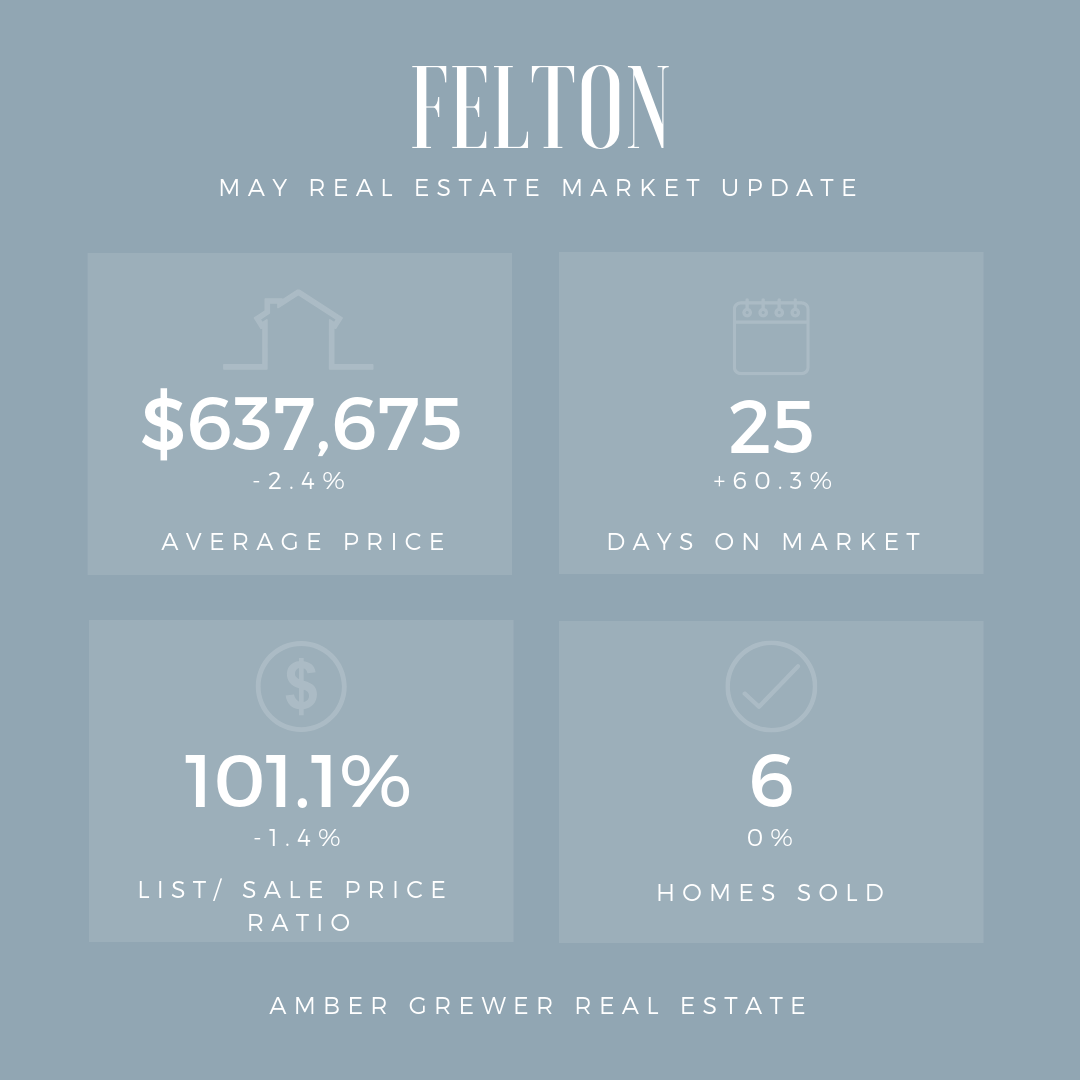 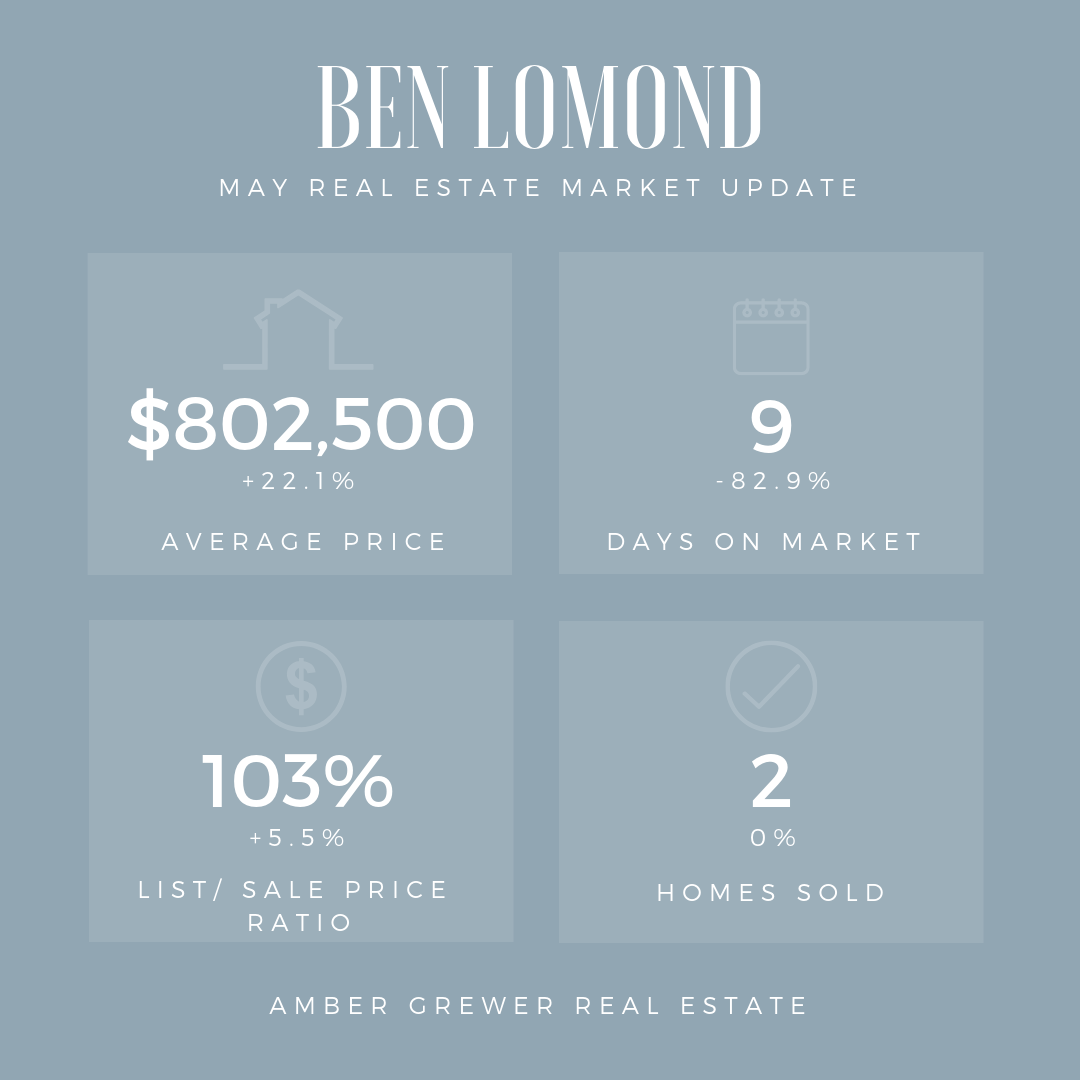 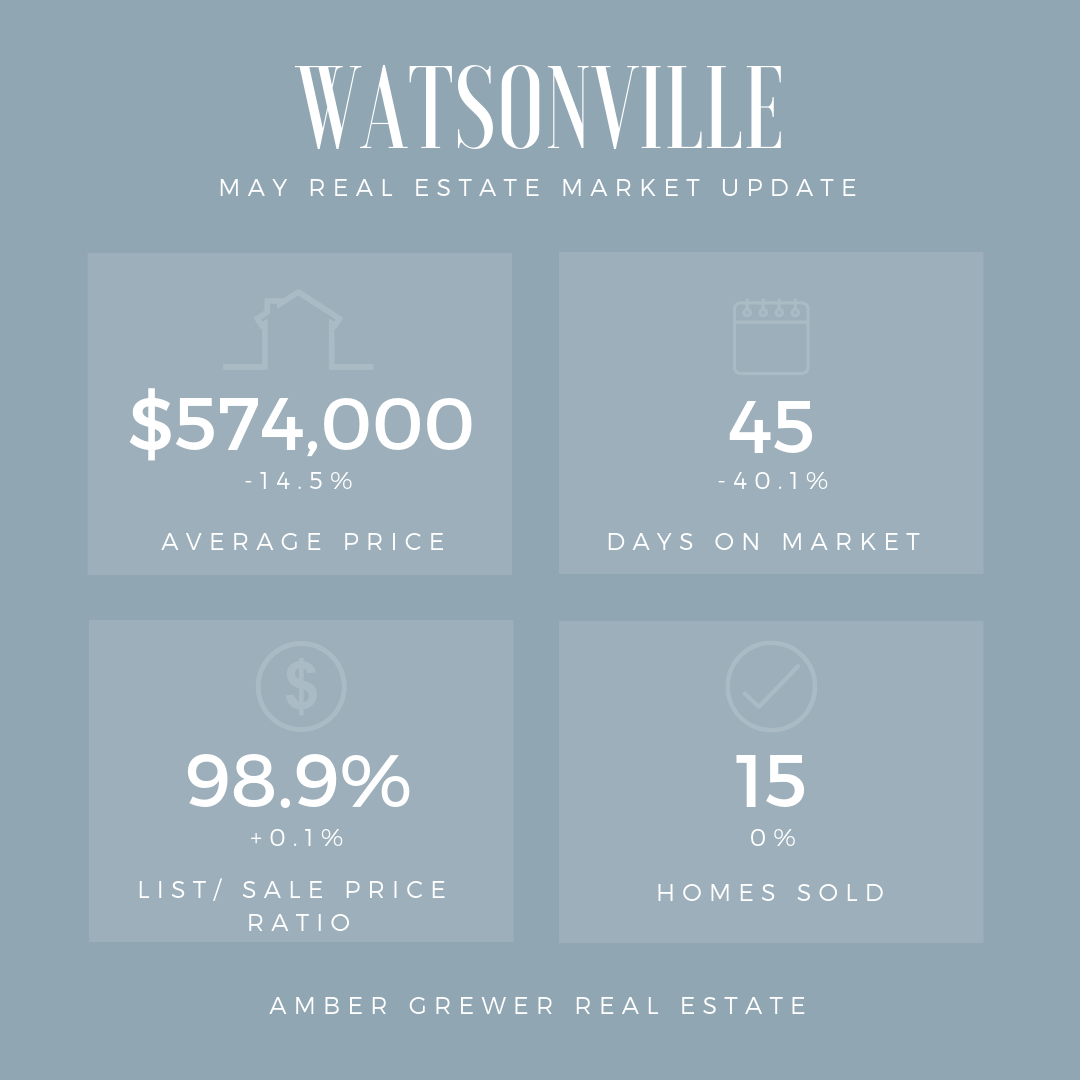